I have galax y s6 active. Anyway, I wanted a remote exploit, and it seemed likely that this code was being called in other places that were accessible remotely; maybe WiFi or Bluetooth, or DNS? At the local level, Android gives a multimedia system that uses the Stagefright engine for audio and video recording and playback. Also, this bug is almost certainly not actually MMS-speciic, but relates to rendering content that is typically delivered via MMS. Anonymous September 12, at 7: 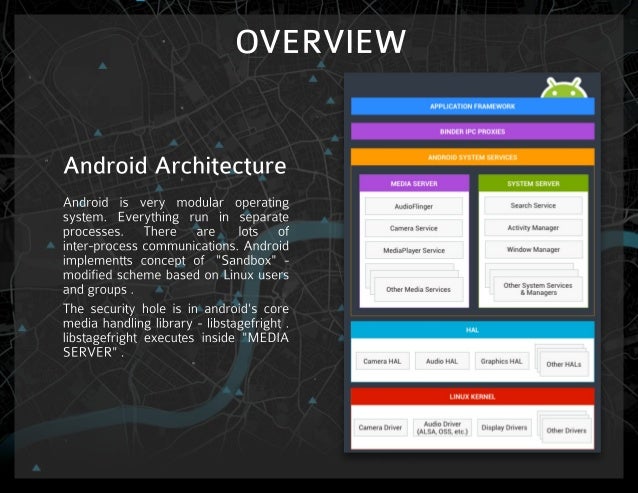 To shield users who introduce applications from outside of Google Play, Verify Apps is empowered naturally and will caution users about known establishing applications. Retrieved July 28, And btw none of my antivirus softwares detect anything wrong with my phone….

Archived from the original on August 13, Firefox for Android, for example, has recently been updated; it too was apparently vulnerable via web pages containing booby-trapped videos. There are two more fields that can be retrieved from Chrome; the width and height of the video.

The media server process runs in the background. On October 1,Zimperium released details of further vulnerabilities, also known as Stagefright 2.

Defining arguments is a vital part here that establishes a back connection to the host on a pre-decided port number. Retrieved August 25, It’s available in some ROMs, but not all. As libetagefright Android 10 software codecs were moved to a constrained sandbox which effectively mitigates this threat for devices capable of running this version of the OS.

STEP 1- Setting up attacker machine: Libstagefrighg still seem to think of compilers as client apps that run on our laptops, and are thus constrained to doing whatever they can do in the few minutes that we’re willing to wait for a build. Android’s Heart of Darkness”. And in others, I have the same problems.

As soon as we were made aware of the vulnerability we took immediate action and sent a fix to our partners to protect users. I have done the same work in HTC g8 before. This gives quite a nice exploitation primitive; by creating a string containing valid UTF16, we can control the size of the allocation; and we control the size of the overflow, with the limitation that it must be a multiple of 4 bytes larger than the allocation.

Follow NakedSecurity on Twitter for the latest computer security news. Hence as a part of my OSS assessment, I have: Does the size of the download indicate if it could be infected? When the length is 0, data reaches to end of the file. Email Required, but never shown. 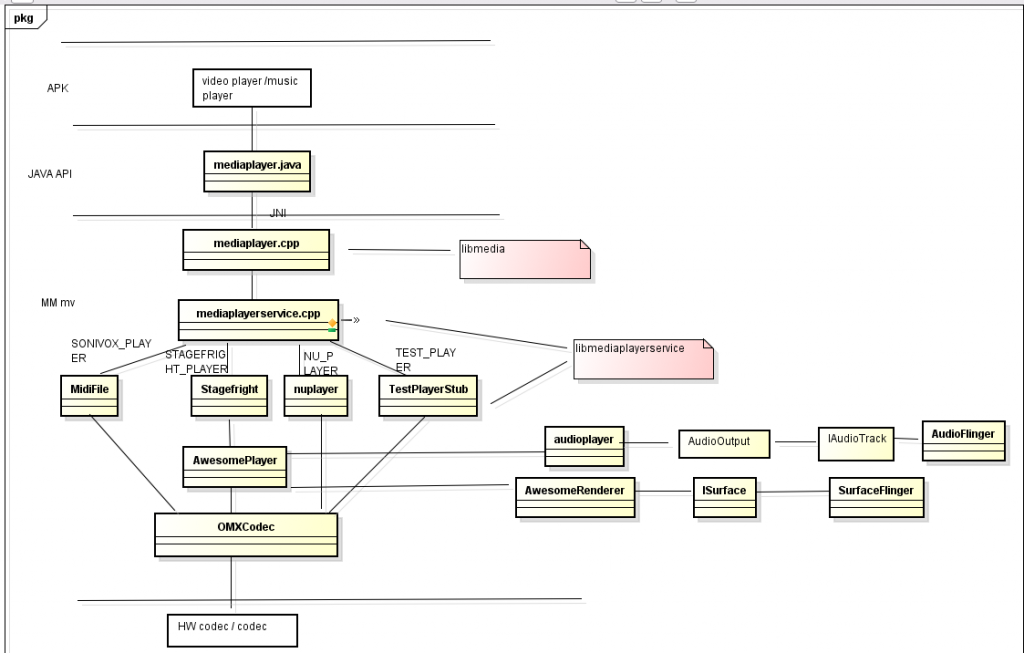 As a sidenote – my original stagefright exploit used the fact that Chrome on Android provides the build-id in the useragent; an unnecessary weakness that makes fingerprinting versions from the browser completely trivial. This encoding method means there’s a value called ‘type’ specifying the chunk type, a ‘length’ value of the data length and a ‘chunk’ value of the data itself.

This module interfaces the custom codec segments to Stagefright. You must provide an OpenMAX plugin in the form of a shared library named libstagefrighthw.